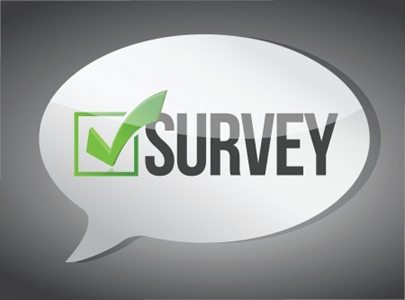 Surveys are a great way to generate publicity, but many surveys fail to live up to their potential because of a faulty design, an ineffective news release, or both.

That’s why I was happy to see the excellent report from Researchscape, “Amp UP News Releases with Newsmaker Surveys,” which contains a wealth of good information.

The company analyzed more than 250 survey news releases to identify best practices and common mistakes. They also interviewed reporters about their attitudes towards such surveys. Their findings are comprehensive and (I found) very helpful.

Here are some of my favorite points:

A well-designed questionnaire can provide material for two or three news releases. On average, a survey news release reports the findings from five questions. Fifteen percent of releases in the survey reported on the results of a single question.

“A simple yes-no question won’t give you much to report on.” A matrix question, where respondents select from a common scale (e.g., “daily,” “weekly,” or “monthly “) has greater potential for generating news.

Reporters are more likely to report on surveys that follow best practices. Among other items, this means that a third-party research firm (not the sponsoring organization) conducted the research.

“Most survey news releases simply include a summary of key findings of the survey, without accompaniment.” The report recommends adding other assets, such as charts, graphs and infographics; the questions themselves; and an explanation of the methodology.

Offering a corresponding white paper is a great way to encourage visitors to go to the company’s website. “Many white papers are simply presentations of the survey results, with an introductory slide, one slide per question and a methodology slide.” However, it only makes sense to have the person first fill in a contact-information form in exchange for the white paper. (Only 7 percent of the survey releases examined had such a form.)

Again, these are just some highlights from this report, which I highly recommend you read.