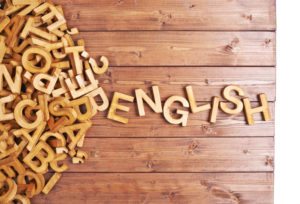 Each year publishers of English dictionaries name their Words of the Year, the words or expressions that have generated the most interest over the last 12 months. Here are the awards for 2018.

Single use: The editors at the Collins English Dictionary say the use of the adjective “single-use” increased four-fold since 2013. (I guess that means “single use” has been used “multiple times,” but I digress.) The term refers to products that are made to be used only once before disposal, such as plastic straws. “MeToo,” “vegan” and “whitewash” were among the runners-up. In 2017, Collins gave the award to the term “fake news.”

Misinformation: Dictionary.com defines “misinformation” as “false information that is spread, regardless of whether there is intent to mislead.” Runners-up were “backlash,” “self-made” and “representation.” In 2017, Dictionary.com gave the nod to the word “complicit.”

Justice: Merriam-Webster choose “justice” because the word was a top lookup throughout the year, and the entry was consulted 74% more than in 2017. Runner-up words included “nationalism,” “pansexual,” “lodestar,” “epiphany,” “feckless,” “laurel,” “puissant,” “respect,” “maverick” and “excelsior.” Last year their choice was “feminism.”

Nomophobia: Cambridge Dictionary asked its blog readers and social media followers to vote on four shortlist nouns, which had been chosen by the dictionary’s editors. The winner was nomophobia, which is defined as the “fear or worry at the idea of being without your mobile phone or unable to use it.” The other nouns in the shortlist were: gender gap (a difference between the way men and women are treated in society, or between what men and women do and achieve), no-platforming (the practice of refusing someone an opportunity to make their ideas or beliefs known publicly, because you think these beliefs are dangerous or unacceptable) and ecocide (destruction of the natural environment of an area, or very great damage to it. The Cambridge editors named “populism” as the 2017 Word of the Year.

Toxic: The editors at Oxford Dictionary (UK) said that there was a 45 percent increase in the number of times that the word “toxic” was looked up on its website this year. Last year the Oxford Dictionaries said “youthquake” was the Word of the Year.

Tender-age shelter: The American Dialect Society, which is credited with naming the first Word of the Year in 1991, chose tender-age shelter (also tender-age facility or tender-age camp) as the words “best representing the public discourse and preoccupations of the past year.” The term has been used as a euphemism for the government-run detention centers that housed the children of asylum seekers at the U.S./Mexico border. “Fake news” was the organization’s choice for 2017.