I often see a single word used when it should be two words. Here are some of the more common examples. Get a PDF version of this post here.

Awhile and A While

Awhile is an adverb, which means “for a time.” “She plans to be gone awhile.”

Anyway and Any Way

Anyway is an adverb that means “in any case.” “I am going to the party anyway.”

Anyway is also used as a transition between topics. “Anyway, I have to go now.”

Any way means an unspecified manner or method.” “Is there any way you could drive me to the party?”

Backup and Back Up

Backup is a noun, often referring to digital files that have been saved elsewhere. “My backup was corrupted.”

Backup can also be an adjective. “It’s important to have a backup plan.”

Back up is a verb, referring to an activity. “I am going to back up my computer now.”

Back up is never hyphenated.

Checkout and Check Out

Checkout is a noun, generally referring to a place to pay for items. “The supermarket has self-serve checkout.”

The word can also refer to the process of leaving someplace. “I asked the hotel clerk for a late checkout.” The noun form is sometimes written with a hyphen: check-out.

Checkout can also be an adjective, referring, for example, to a store counter where customers pay. “The cashier is at the checkout counter.”

Check out is a verb, which means “to leave.” “He will check out of the hotel.”

Check out can also mean to investigate or look at something. “I’m going to check out the new library.”

Many websites use the word incorrectly, directing you to “checkout now.” They should ask you to “check out now.”

Cutoff and Cut Off

Cutoff is a noun, meaning a deadline or a point beyond which something can’t happen or won’t be effective. “The cutoff date for applications was Tuesday.”

The hyphenated version of the word (cut-offs) generally refers to shorts made from jeans with the legs cut off, leaving a ragged cut edge.

Cut off is a verb meaning to stop or separate. “They cut off all our supplies.”

Checkup and Check Up

Checkup is a noun meaning an examination. “I’m going for my dental checkup.”

Check up is a verb, meaning to examine, review or monitor. “I’m going to check up on the project.”

Everyday and Every Day

Everyday is an adjective meaning ordinary or typical. “The store offers everyday values.”

Every day refers to something that occurs each day. “The store offers values every day.”

How can you remember this? If you can replace every day with words such as each day or every Tuesday and the sentence makes sense, use the two-word phrase.

Login is a noun, describing the procedure used to get access to an operating system.

Login can also be used as an adjective, as in the “login procedure.”

The same distinctions apply to “logon” and “log on.”

Again, many websites incorrectly use login or logon as commands. They should be asking you to log in or log on. 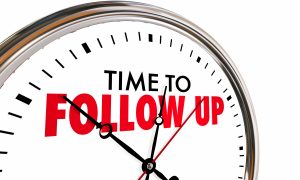 Follow-up is a noun, meaning the act of reviewing, updating or improving something. “The report detailed the needed follow-up.”

Follow up can also be used as an adjective. “The follow-up examination was a week after the surgery.”

How can you remember this? If you can insert “the” before the word, it is a noun and you should use “follow-up.”

Lookup and Look Up

Lookup is a noun, meaning the process of looking something up. The word commonly refers to computer and online searches.

Look up is a verb. “I’m going to look up the address.”

Setup and Set Up

Setup is a noun, usually meaning an arrangement. “The setup worked well.”

Set up is a verb, meaning to put together or establish something. “He is going to set up shop.”

How can you remember this? Mentally replace setup or set up with setting up. If the sentence makes sense, use two words. If it doesn’t, use the single word. For example, the sentence “he is setting up shop” makes sense. The sentence “the settingup was all wrong” does not.

A note. This article focused on the most common uses of these words. Many of them have less common meanings.

Get more writing tips and writing samples in other sections of this website.