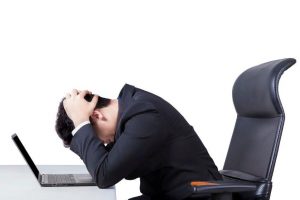 Conventional wisdom says that you should write clearly and concisely, to educate and entertain your readers.

However, given the poor quality of a lot of writing today, I think the time has come to join the writing hordes who bore, confuse and otherwise alienate their readers.

If you’re clear on what you want to say, you might actually say it. To write confusing materials it helps to be confused, so do not write about anything you understand or can explain clearly.

At all costs, do not get to the point. Why discuss how to get from “A” to “B” when you can discuss everything from “A” to “Z”? It’s much more fun to go off on tangents.

Rule #3: Make most of your sentences at least 20 words long.

Write long, convoluted sentences like this one I recently saw (and I’m not making this up): “When your software applications can complement with computer vision we are not just adding one human sense to it but making it more human with additional intelligence.” So glad we got that clarified.

Include as many syllables as you can in each word. Use “approximately” instead of “about,” “enables” instead of “lets,” and “corresponds with” instead of “writes.”

Also use vague words, which my college English teacher referred to as “glittering generalities.” Words like “good” and “solution” say almost nothing (which may be why so many people use them). If you’re in the technology industry, you have a decided advantage because your work is full of pompous words like “next-generation,” “best-of-breed,” “cutting-edge” and “out-of-the-box.”

Rule #6: Smother your nouns and verbs with adjectives and adverbs.

Include two or three adjectives and adverbs with every noun and verb, so that your readers will need to struggle.

Passive voice means that the subject is “acted upon” by the verb. (e.g., “The ball was hit by Bill” instead of “Bill hit the ball.”) Passive voice is weaker than active voice, and usually takes more words.

Spellchecker and other writing software programs identify grammatical and spelling mistakes. But why bother? How many people will notice? Few people seem to care whether a plural subject has a plural verb. Apparently fewer still know that “it’s” is different from “its.” And it seems people prefer to misplace their modifiers, rather than to find them.

So these are my nine rules for bad writing. What would you add?