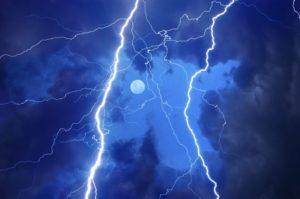 Every year since 1982 writers from around the world have competed to compose the opening sentence to the worst of all possible novels.

Last year was no exception, as the English Department at San Jose State University once again held the tongue-in-cheek Bulwer-Lytton Fiction Contest.

Bulwer-Lytton, a minor Victorian novelist, is credited with starting his novel Paul Clifford with the immortal words “it was a dark and stormy night,” which the cartoon beagle Snoopy made famous.

The 2016 contest grand prize winner is William “Barry” Brockett of Tallahassee, Florida, who wrote: “Even from the hall, the overpowering stench told me the dingy caramel glow in his office would be from a ten-thousand-cigarette layer of nicotine baked on a naked bulb hanging from a frayed wire in the center of a likely cracked and water-stained ceiling, but I was broke, he was cheap, and I had to find her.”

Here are some of my other favorites.

She wanted — no — she needed Robert, oh, what she would give if he knew that he was the first thing on her mind at the start of each day, if he knew that she yearned, yearned to be happily by his side at the spring dance, yes, she needed Robert — unless Brian dumped that bleach blonde snob Leah in time, in which case she’d need Brian.
Heather Armstrong, Williamsburg, Virginia

A cold wind arose from the moss-covered tomb with a haunting asthmatic whistle and horned its way around the ornate marble monuments, increasing speed and raising its menacing sound as it set course toward five-year-old Samantha Wainberry, who forgot to wear a sweater.
Domingo Pestano, Caracas, Venezula

She was like my ex-girlfriend Ashley, who’d stolen my car, broken my heart, murdered my father, robbed a bank, and set off a pipe bomb in Central Park – tall.
Rachel Nirenberg, Toronto, Canada

It was the worst of times, although I suppose if I were really pressed I could come up with a time in history even worse than the French Revolution, such as the Black Death, to name but one, but on the other hand it has to be said that it was also the best of times, particularly for those of us that were rich and living in England rather than France.
Michael D. Hill, Burton, England

As the first shovelful of earth fell on her father’s coffin, Emily kneeled at the gravesite sobbing, overwrought by the sudden realization that, not only had she lost her only living relative, but she had somehow forgotten to set her DVR to record this week’s episode of “House of Cards,” an episode she had particularly wanted to see because of a rumored and breathlessly anticipated guest appearance by a nephew of Don Ho.
Rob Rachlin, Greensboro, North Carolina

“Oh Mon Dieu,” she thought to herself while searching for that Fatboy Slim song she liked, “I know this is Paris and I should be making heaven of what I have, right here, right now, but eating this stupid baguette for breakfast every morning is a gum-hurting, head-aching, and anything-but-satisfying process.”
Raluca Murg, Paris, France

It was a dark and stormy night, and that translated into unchecked pandemonium among Los Angeles residents who hadn’t worn anything but open-toed shoes for five years, but tourist Alwyn Brewster was thankful for the scant traffic on Sunset Boulevard as he desperately accelerated his rental car through the tony neighborhoods, too preoccupied with the raging rivers of high-end, plastic patio-ware, which were making a break for the ocean, to notice a black Land Rover with diplomatic plates hot on his trail.
Barbara L. Pawley, Los Angeles, California

You can see the other winners from last year (and more than two dozen other years) at the Bulwer-Lytton website. This year’s winners will be announced in a few months.

And, should you get inspired, you can submit an entry any time during the year.