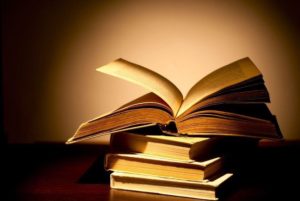 It’s that time when English dictionary companies name their Words of the Year, terms that encapsulate the previous year for them. Based on the choices, it appears that 2016 was not the best of times.

Oxford Dictionaries named the term “post-truth,” an adjective defined as “relating to or denoting circumstances in which objective facts are less influential in shaping public opinion than appeals to emotion and personal belief.” The organization cited a spike in frequency “in the context of the EU referendum in the United Kingdom and the presidential election in the United States.”

Cambridge Dictionary named “paranoid” as the most important word of the year. Searches for the word quadrupled in 2016 (compared to 2015). The editors thought the statistics suggest “a feeling that the institutions that have kept us safe can no longer be trusted, that the world feels more uncertain than it did a year ago.”

Collins named “Brexit” the most significant word of the year, saying it is “politics’ most important contribution to the language for 40 years.” The use of the word went up an astonishing 3,400 percent in 2016. Runners-up included “trumpism,” “snowflake generation” and “uberization.”

Dictionary.com, which aims to pick a word “that embodies a major theme resonating deeply in the cultural consciousness over the prior 12 months,” named “xenophobia” the 2016 Word of the Year. The noun is defined as “fear or hatred of foreigners, people from different cultures, or strangers” and “fear or dislike of the customs, dress, etc., of people who are culturally different from oneself.” The editors said that some of the most prominent news stories have centered around fear of the “other,” and that 2016 “saw fear rise to the surface of cultural discourse.”

Merriam-Webster says the most-used word of 2016 was (and I’m quoting here) “fuuuuuuuuuuuuck.” The editors attribute at least part of the word’s “popularity” to the “seemingly unending nightmare that was the U.S. election.”

The American Dialect Society, which is credited with naming the first Word of the Year in 1991, will announce its choice in 2017. Last year the society recognized the word “they” used as a gender-neutral singular pronoun. The society cited the word’s “emerging use as a pronoun to refer to a known person, often as a conscious choice by a person rejecting the traditional gender binary of he and she.”

Other 2015 Words of the year include “binge-watch” (Colliers), the suffix “ism” (Merriam-Webster), the emoji called the “Face with Tears of Joy” (Oxford Dictionaries) and the word “identity” (Dictionary.com).