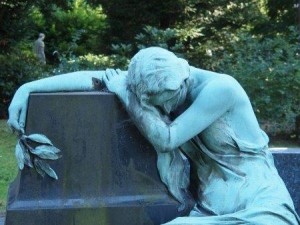 Evidently some teachers think it should be.

A recent article in The Wall Street Journal reported that some teachers were trying to purge their students’ compositions of words deemed vague or dull.

As the Journal notes: “The goal is livelier writing. The result can be confusion.”

The reason? For one thing, some teachers have banned words like “walk,” “run,” “talk” and “said.” Suggested substitutes for “said” include “emitted,” “beseeched,” “continued,” “sniveled” and “spewed.” (Do visions of Dickens dance in your head?)

Some teachers have declared that words like “bad,” “nice” and “good” are “dead,” although it’s hard to see how words “people use every day” can be “deceased” (or “departed,” “lifeless” or “passed on”).

While I applaud the goal of precise writing, I think the guidance is (for lack of a better word) misguided. For one thing, it seems the teachers have forgotten some basic rules of good writing. “More powerful” words are often longer, which can affect comprehension.

The Elements of Style, that Bible of good writing, recommends writers: “(a)void fancy words. Avoid the elaborate, the pretentious, the coy, and the cute. Do not be tempted by a twenty-dollar word where there is a ten-center handy, ready and able.”

An editorial in The Economist demonstrates the power of using short words. The editorial, entitled “Out with the Long; English,” states that: (s)hort words are best. Plain they may be, but that is their strength. They are clear, sharp and to the point. You can get your tongue round them. You can spell them. Eye, brain and mouth work as one to greet them as friends, not foes. For that is what they are. They do all that you want of them, and they do it well. …”

After all, Martin Luther King had a “dream.” He didn’t have a “reverie,” “hallucination,” “trance” or “fantasy,” all words suggested in the Thesaurus.

Of course, sometimes a little “extra” is called for. Lincoln could have said that “87 years ago our fathers brought forth onto this continent a new nation,” but that wouldn’t have been nearly as memorable as “four score and seven years ago.”

And Roosevelt’s declaration that December 7, 1941, was “a day that will live in infamy” was certainly more powerful than simply saying “it’s been a really bad day.”

Sometimes cadence and rhythm are more important than brevity or simplicity.

The key thing is to communicate clearly and concisely. If doing that requires using some banned or “dead” words, I sincerely hope that “reports of (their) deaths have been greatly exaggerated” (apologies to Mark Twain).