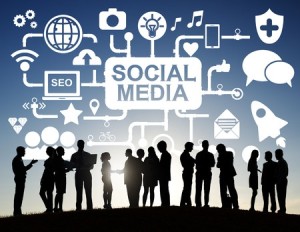 The 2015 Global Social Journalism Study, conducted by Cision and Canterbury Christ Church University (U.K.), produced some interesting findings and predictions about how journalists and media professionals use social media for their work.

I found these five conclusions the most interesting.

The five groups are skeptics, observers, hunters, promoters and architects. Last year, skeptics outnumbered the observers (31 percent to 26 percent). This year, the opposite is true (29 percent are observers, 23 percent are skeptics). “This small shift suggests journalists’ use and attitudes towards social media are gradually moving towards acceptance as social media becomes an integral feature within the industry and their working life.”

The report describes each of the five groups in detail. The important point is that the various groups use social media differently, and media professionals need to take those differences into account when contacting journalists.

Social media is a routine tool for most journalists, but their use of it is stagnating.

About half the respondents believe they need social media to do their work.

Experts and PR professionals are key information sources for journalists.

Journalists prefer to be contacted by email, but social media is gathering pace.

Based on these results, the survey developers made the following predictions:

This is the fourth year that Cision and Canterbury Christ Church University have done this survey. Journalists from 11 countries participated—the United States, the United Kingdom, Germany, Finland, Sweden, Australia, the Netherlands, Canada, Italy, Spain and France. However, the results only include responses from the first six countries listed, as they are the only ones that have participated all four years of the survey. Most of the findings are based on more than 3,000 respondents. Half were women and slightly less than half (48 percent) fell into the 28-45 age group.

I’ve only touched on a few highlights. I encourage you to read the report in its entirety. You’ll be glad you did.