This is an updated version of a post that appeared in October 2011. 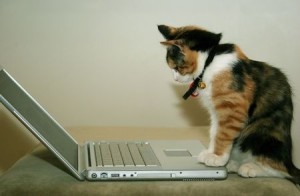 It’s simple. Unless we have a medical “miracle” here, the mother, not the baby, was 48. In this sentence, the phrase “born at the age of 48” is a misplaced modifier, a term that describes words, phrases, or clauses that do not point clearly to the word or words they modify.

How can you avoid making this mistake? One way is to keep related words together so that readers can see quickly what is being modified. (Or as the saying goes: “Modifiers are like teenagers: they fall in love with whatever they’re next to. Make sure they’re next to something they ought to modify!”)

Misplaced modifiers can show up in lots of ways, and correcting them sometimes requires rewriting part of the sentence. Here are some examples.

Misplaced modifier: “The team wore the uniforms for the game with the new logo.”

Corrected sentence: “The team wore the uniforms with the new logo for the game.” (The logo is on the uniforms, not on the game.)

Misplaced modifier: “Jogging through the neighborhood, her ankle became sprained.”

Corrected sentence: “Jogging through the neighborhood, she sprained her ankle.” (The ankle, by itself, did not jog. The person did.)

Misplaced modifier: “A writer who is more popular now than during her lifetime, hundreds of readers enjoy books by Jane Austin every year.”

Corrected sentence: “Every year hundreds of readers enjoy books by Jane Austin, a writer who is more popular now than during her lifetime.”

You get the idea. If you’d like more examples, search for “misplaced modifiers.” Many websites provide good examples of this writing challenge.