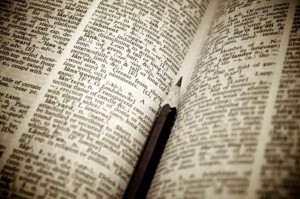 I love this time of the year, when various groups name the word (or words) of the year.

This year’s crop is a diverse lot.

In a first, the Global Language Monitor (GLM) named the heart emoji as the most popular “word” of the year. The decision was based on an analysis of blogs, Twitter, Facebook and 250,000 global news outlets. The Austin, Texas-based, language-analysis firm found that the heart emoji appears billions of times per day throughout the globe.

Today, there are 722 emojis in existence, and 250 more will be made available next year. In terms of popularity, the heart emoji was followed by the words “hashtag,” “vape,” “blood moon,” “nano,” “photobomb,” “caliphate,” “white privilege,” “bae” and “bash tag.”

Merriam-Webster gave the nod to the word “culture.” The Springfield, Massachusetts-based company based its pick and nine runners-up on significant increases in lookups this year over last on Merriam-Webster.com, along with notable “spikes of concentrated interest.” Of more than 100 million lookups on the website each month and a similar number on the company’s app, “culture” enjoyed a 15 percent year-over-year increase.

The nine runners up were “nostalgia,” “insidious,” “legacy,” “feminism,” the French phrase “je ne sais quoi,” “innovation,” “surreptitious,” “autonomy” and “morbidity.” The inclusion of “je ne sais quoi” is particularly noteworthy in that it is a multiword phrase in a foreign language.

In a nod to the rising popularity of e-cigarettes, Oxford Dictionaries, named “vape” as this year’s word. The verb (which was only added to the dictionary in August) is defined as “to inhale and exhale the vapor produced by an electronic cigarette or similar device.” In the blog announcing the decision, the organization stated that you “are thirty times more likely to come across the word vape than you were two years ago, and usage has more than doubled in the past year.”

Probably because of its U.K. focus, Oxford’s runners up included many unfamiliar (at least to me) words, including:
• Bae (a term of endearment for one’s romantic partner)
• Budtender (“a person whose job is to serve customers in a cannabis dispensary or shop”)
• Contactless (“technologies that allow a smart card, mobile phone, etc., to contact wireless to an electronic reader, usually to make some kind of payment”)
• Indyref (an abbreviated form of the Scottish independence referendum)
• Normcore (non-mainstream)
• Slacktivism (a combination of slack and activism).

Finally, the Chambers Dictionary named the word “overshare,” which is defined as to be “unacceptably forthcoming with information about one’s personal life.” David Swarbrick, editorial director at Chambers, says that overshare “won because it was pointedly relevant to so many of the other words that were considered.”

Other candidates include:
• “Bashtag”(a hashtag used for critical or abusive comments)
• “Digital native” (a person who has learned to use computers as a child), and
• “Hipster” (which has been redefined as “a member of the generation born in the 1980-90s who look down on their native middle-class culture, and self-consciously adopt a bohemian lifestyle and mode of dress”).

What about you? What is your “word of the year”?