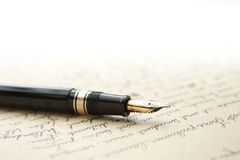 I do a lot of editing of other people’s work, and find myself often correcting pronoun errors. Hence this posting.

Pronouns – words like “it,” “they” and “everyone” – refer back to a noun or take the place of that noun.

For your message to be clear, the pronoun needs to refer specifically to the given noun, and to agree with that noun in number, gender and person. Here are three rules to help you.

Pronouns need to refer clearly to a specific noun.

Make sure no other nouns with the same gender or number appear between the pronoun and its antecedent. (The antecedent is the word to which the pronoun refers.) Otherwise, the reference may be unclear.

Correct: “The motorcycle was not damaged even though it hit the tree.”

Correct: “The tree was not damaged even though the motorcycle hit it.” One way to assure you’re being clear is to draw a line from your pronoun to its antecedent. If another noun with the same gender or number appears between your antecedent and your pronoun, revise the sentence.

Pronouns need to agree in number.

Incorrect: “If a student parks a car on campus, they have to buy a parking sticker.”

Correct: “If a student parks a car on campus, he or she has to buy a parking sticker.”

Correct: “If students park their cars on campus, they have to buy parking stickers.”

Remember that words such as “everybody,” “anybody,” “anyone,” “each,” “neither,” “nobody,” “someone” and “person” are singular and take singular pronouns.

Incorrect: “Neither of the girls brought their umbrellas.”

Correct: “Neither of the girls brought her umbrella.”

Incorrect: “Everyone ought to do their best.”

Correct: “Everyone ought to do his or her best.”

Note: The construction “he or she” or “his or her” can be cumbersome. To avoid it, if possible use a plural noun so that you can use “they” or “their” as your pronoun. If you use a singular noun and the context makes the gender clear, you can use just “his” or “her” rather than “his or her.”

Incorrect: “The candidate must provide their background information.”

Correct: “The candidate must provide his or her background information.”

Correct: “The candidates must provide their background information.”

Correct: “Each candidate for the Women of the Year Award must provide her background information.”

By the way, a company or business takes a singular verb and the singular pronouns “it” and “its,” rather than the plural pronouns “they” and “their.”

Pronouns need to agree in person.

Incorrect: “When a person comes to class, you should have your homework ready.”

Correct: “When people come to class, they should have their homework ready.”

Correct: “When you come to class, you should have your homework ready.”