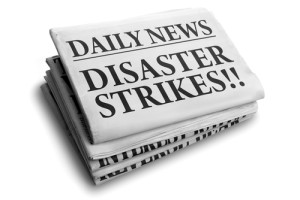 In my previous posts, I discussed what to do before and during a crisis.

In writing those tips, I was reminded of the Exxon Valdez spill in 1989, which was a classic study of denial, misinformation and hubris.

I assume you’ll handle any crisis better than Exxon did. But what do you do after the crisis has subsided?

Do a post-mortem. Specifically:

At best, crisis-communications planning can help you avoid a crisis. At the very least, you’ll be more prepared to deal with a crisis should it occur.

Some information for this article came from the following sources:

A Look at Malaysia Airlines’ Crisis Communications during the Crisis of Flight MH370, Melissa Agnes

Many websites have a wealth of information about crisis management and communication. Here are some of my favorites.

All About Public Relations, www.aboutpublicrelations.net/crisis.htm